Local Love in a Global Pandemic

To rally the community to support local businesses during the economic downturn caused by COVID-19.

The campaign was a success achieving broad adoption and becoming the first city-wide, multiple partner initiative in Kingston. Kingston has never had a campaign that has been so widely accepted by residents and the business community.

Six partner organizations in Kingston came together for the first time with the common purpose of rallying the community to support local businesses during the economic downturn caused by COVID-19.

Even before the pandemic, the local economy has been vulnerable to online shopping that takes money out of the community. This issue, combined with the impact of the lockdowns on customer traffic and reduced consumer confidence, left many local businesses concerned about survival.

We, along with Avenue Strategy, Lightbody Marketing, and Untold Storytelling, were tasked with creating a campaign that would facilitate economic recovery and long-term viability.

We started by meeting with the partner organizations for a discovery call to understand how the pandemic impacted each organization and the local businesses they served. Next, our campaign manager attended several board meetings for the involved organizations and spoke with many local business owners to help us understand the challenges they faced and inform our perspective.

Among all of the information we gathered, two key insights stood out. First, the campaign would need to have one voice across each of the partner organizations. Something that had never been achieved before. Second, it was imperative to make buying online locally easy for customers. Many businesses did not have an online presence, and those that did weren’t always easy to find.

We knew the identity would have to Kingston forward, but in a way that spoke to Kingston as a community, an intersection of lives, not city streets. It also needed to be clear and straightforward, complement each of the partner organizations and local businesses. During one discussion with our team, we were trying to communicate the essence of this campaign in as few words as possible, leading us to “Love Kingston.”

We created a vibrant and diverse colour palette that is inviting and flexible. It enables the campaign to stand out in any environment yet complements any business or organization. The typography is clean with a touch of personality. It’s legible without being neutral, nuanced without being fussy, and expressive without being distracting, providing a soft and approachable feel while maintaining balance and clarity. The mark in its most reduced form still packs a punch that is full of meaning, recognizable and highly memorable. 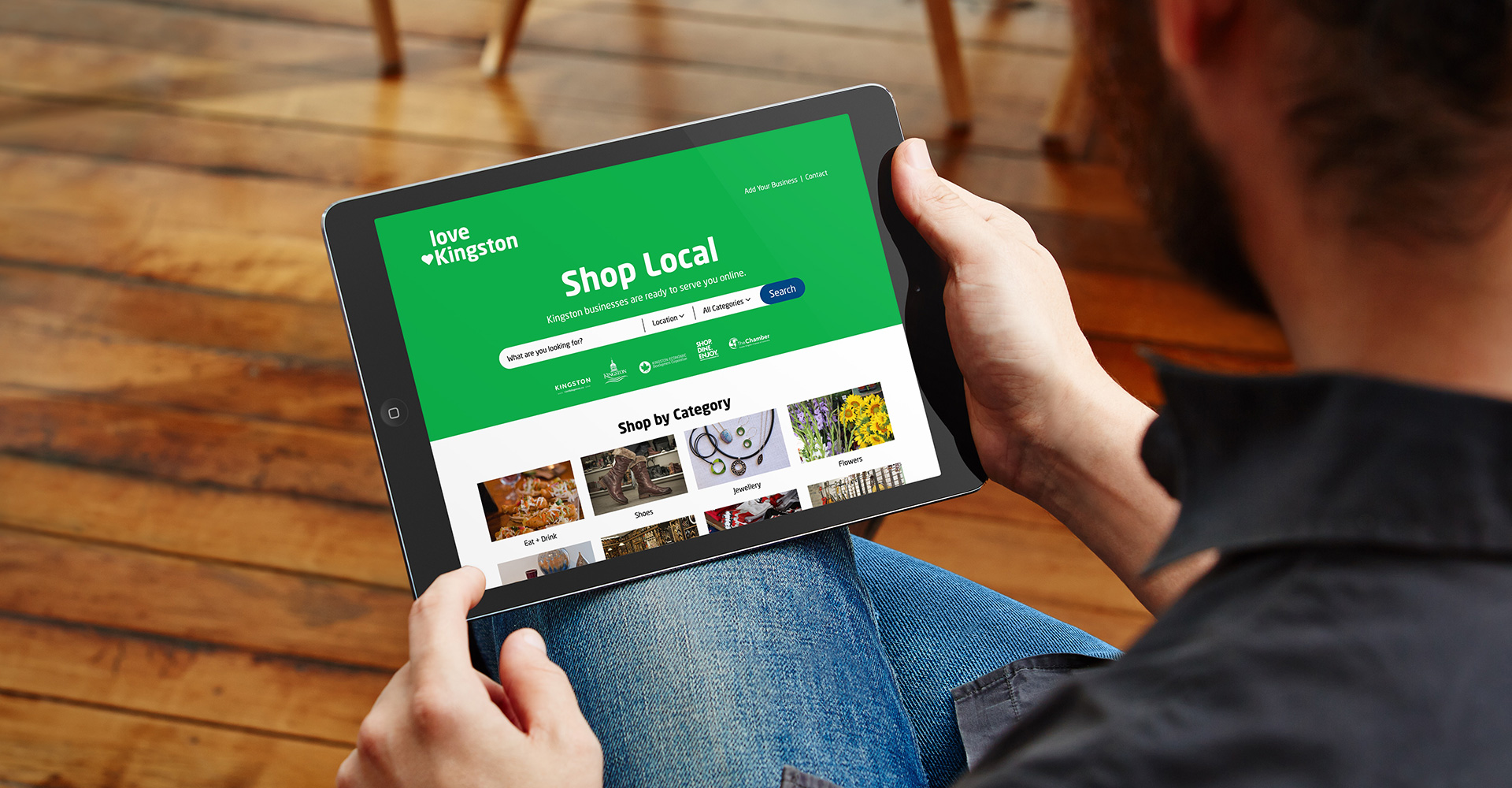 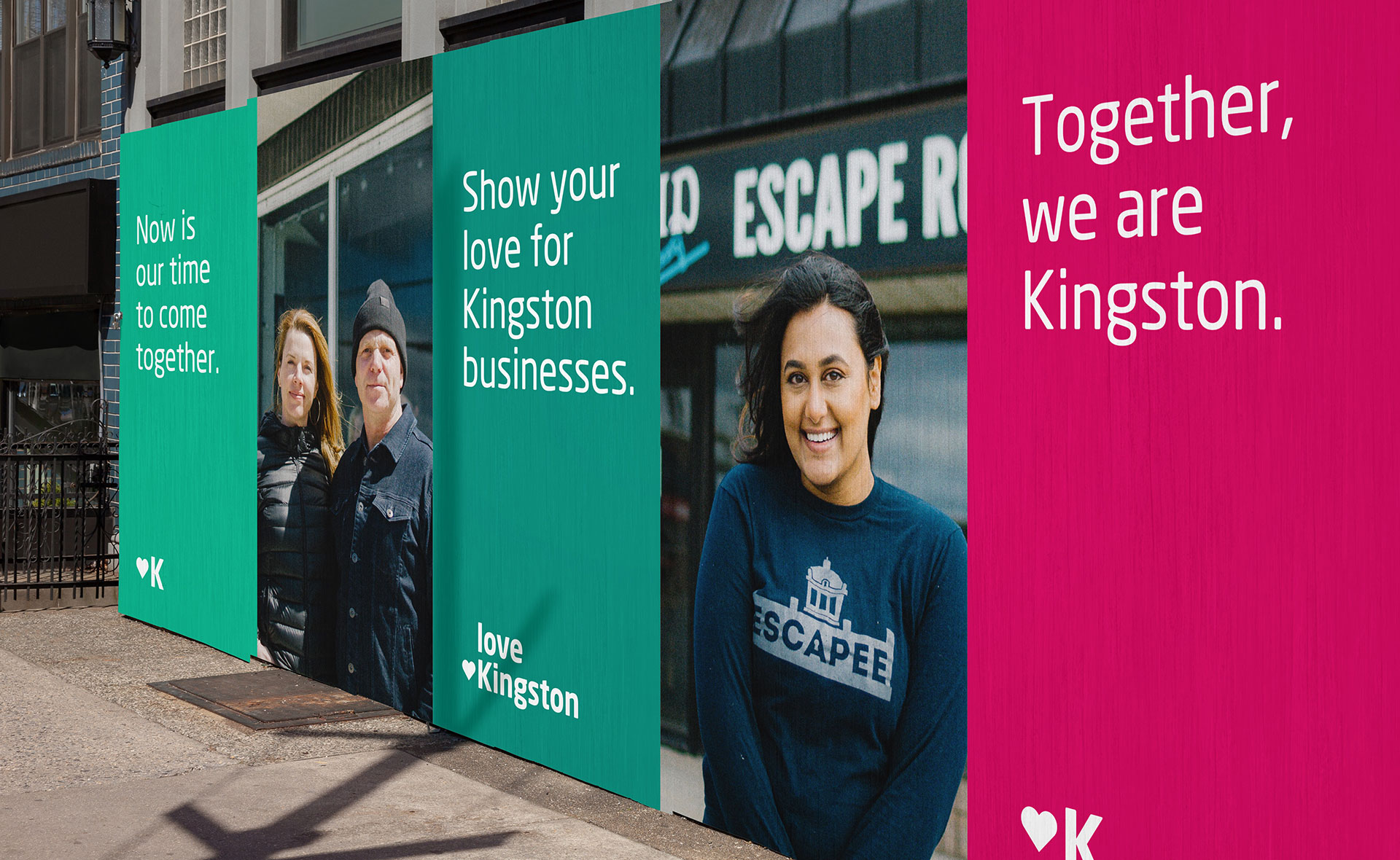 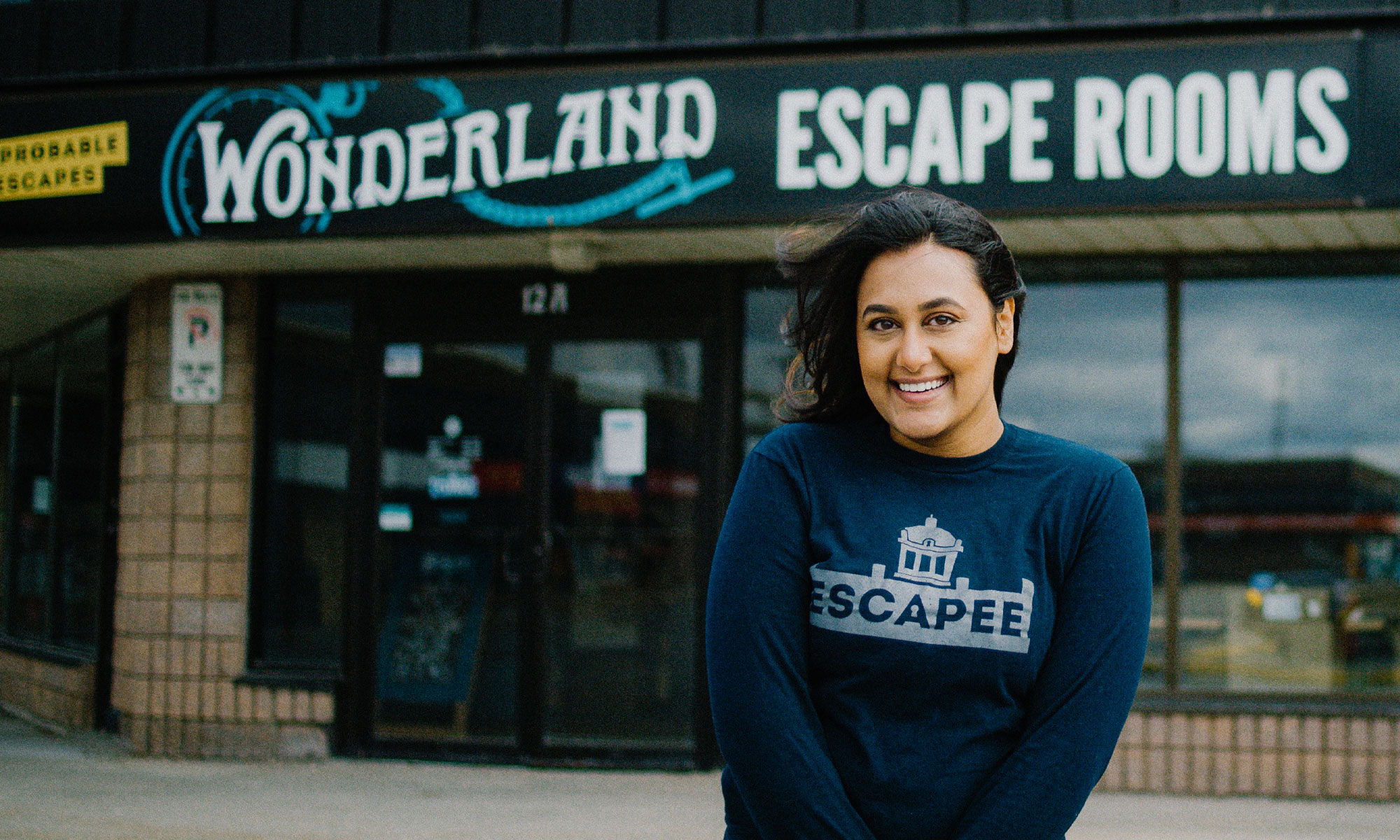 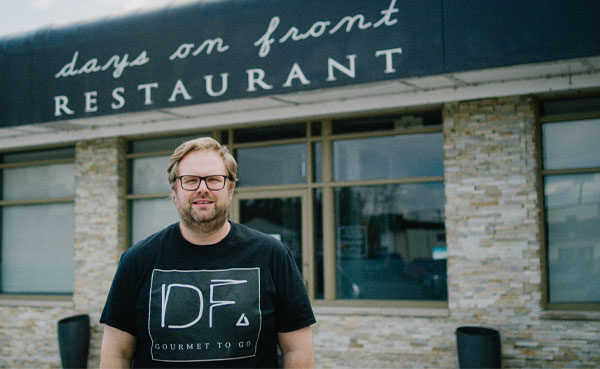 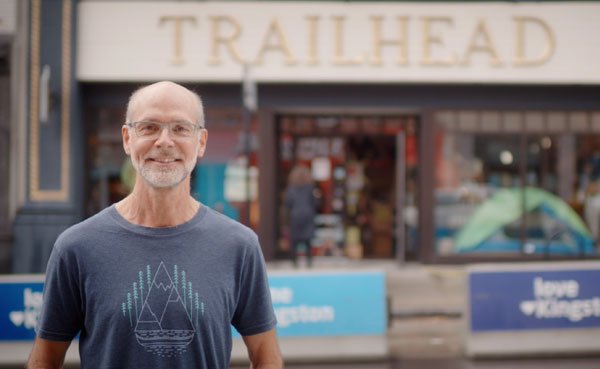 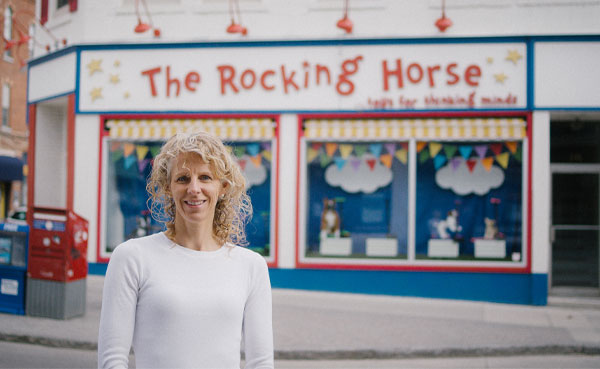 We developed a 9–12 month campaign that brought six partner organizations together for the first time with the common purpose to engage the community in supporting local businesses to facilitate economic recovery and long-term viability.

Our campaign included a versatile brand identity system to provide a foundation for a “support local” initiative. It also included a digital hub to facilitate local shopping. The campaign was supported through print, digital, out-of-home and video across multiple platforms. 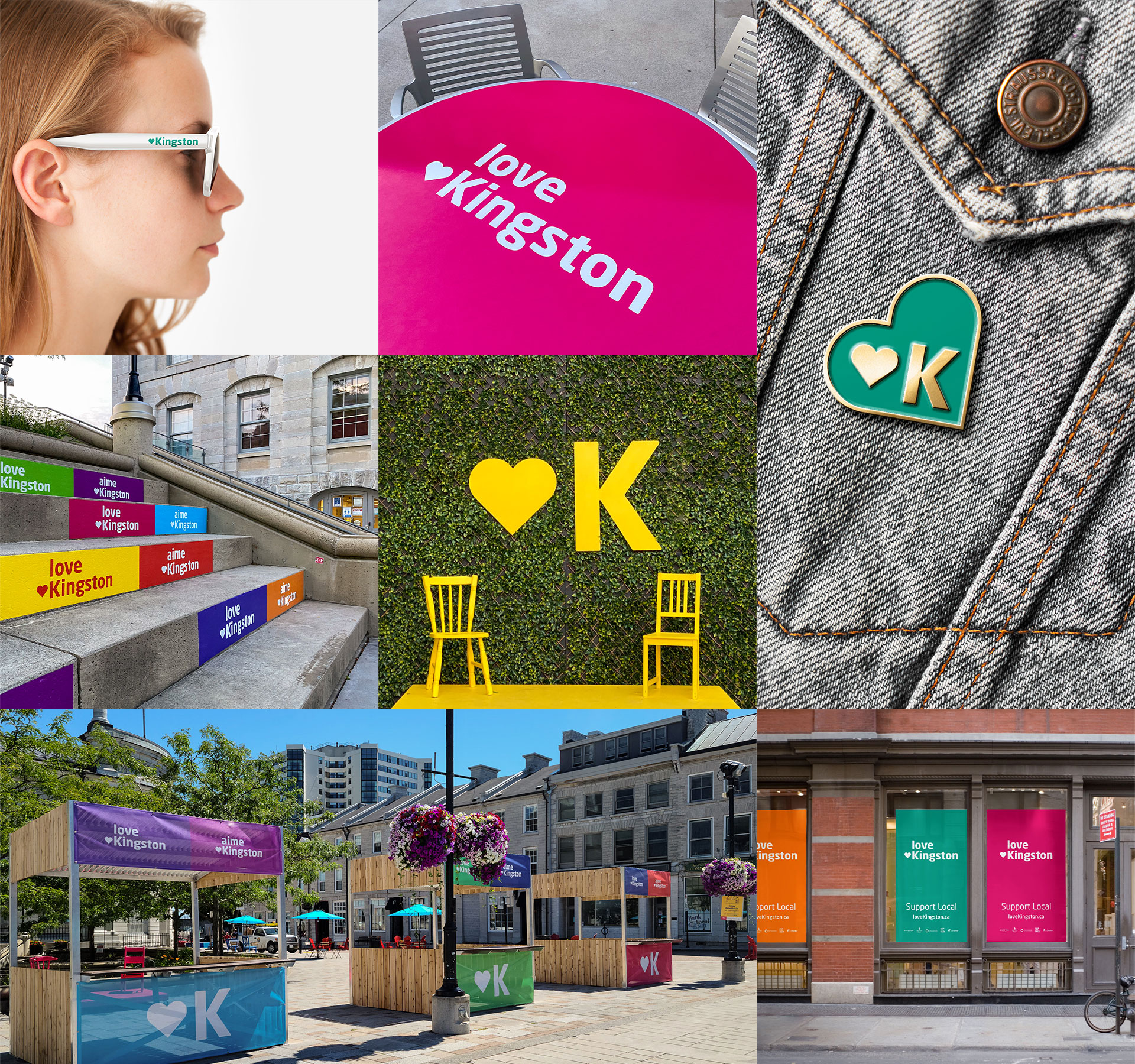 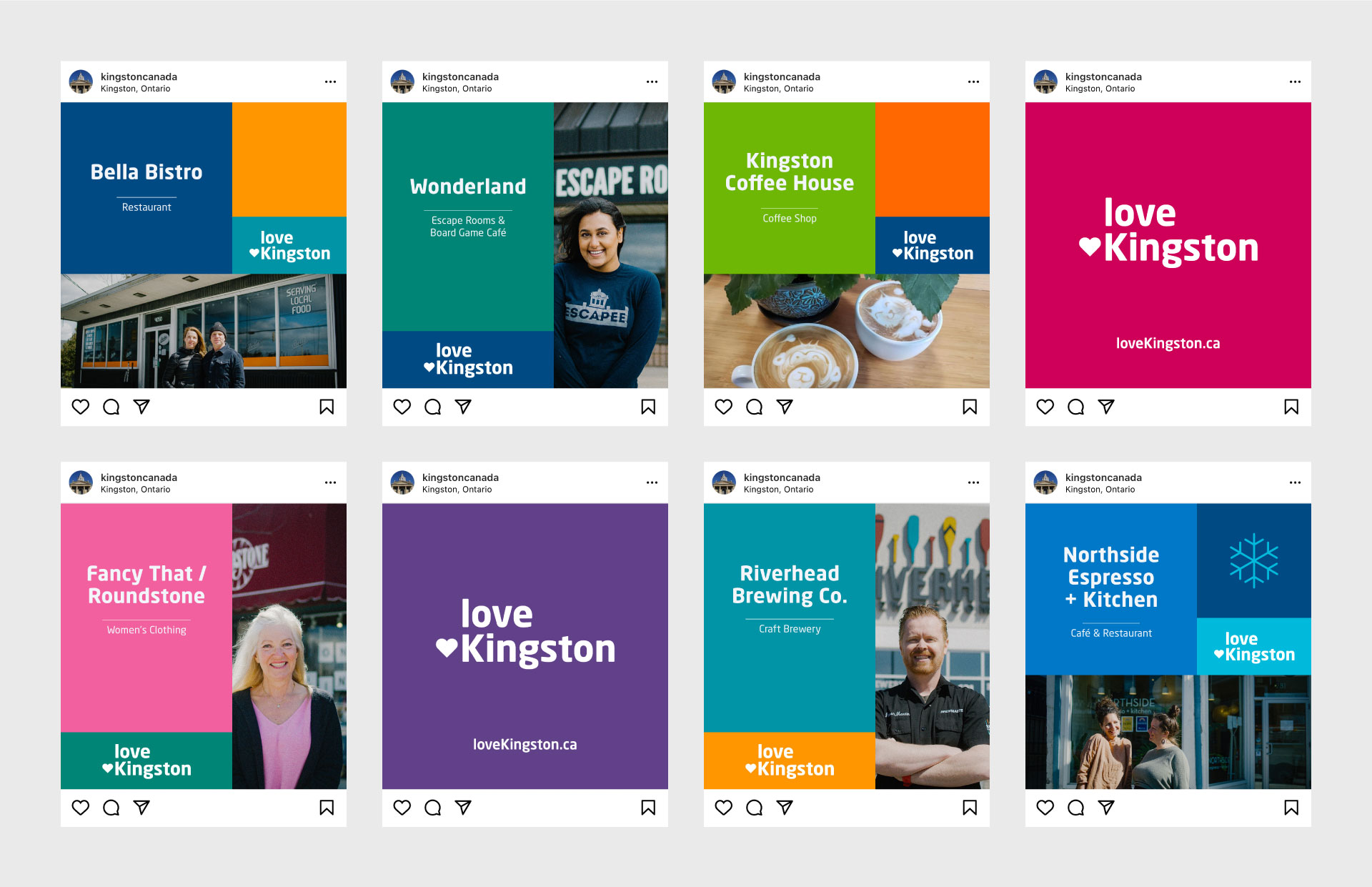 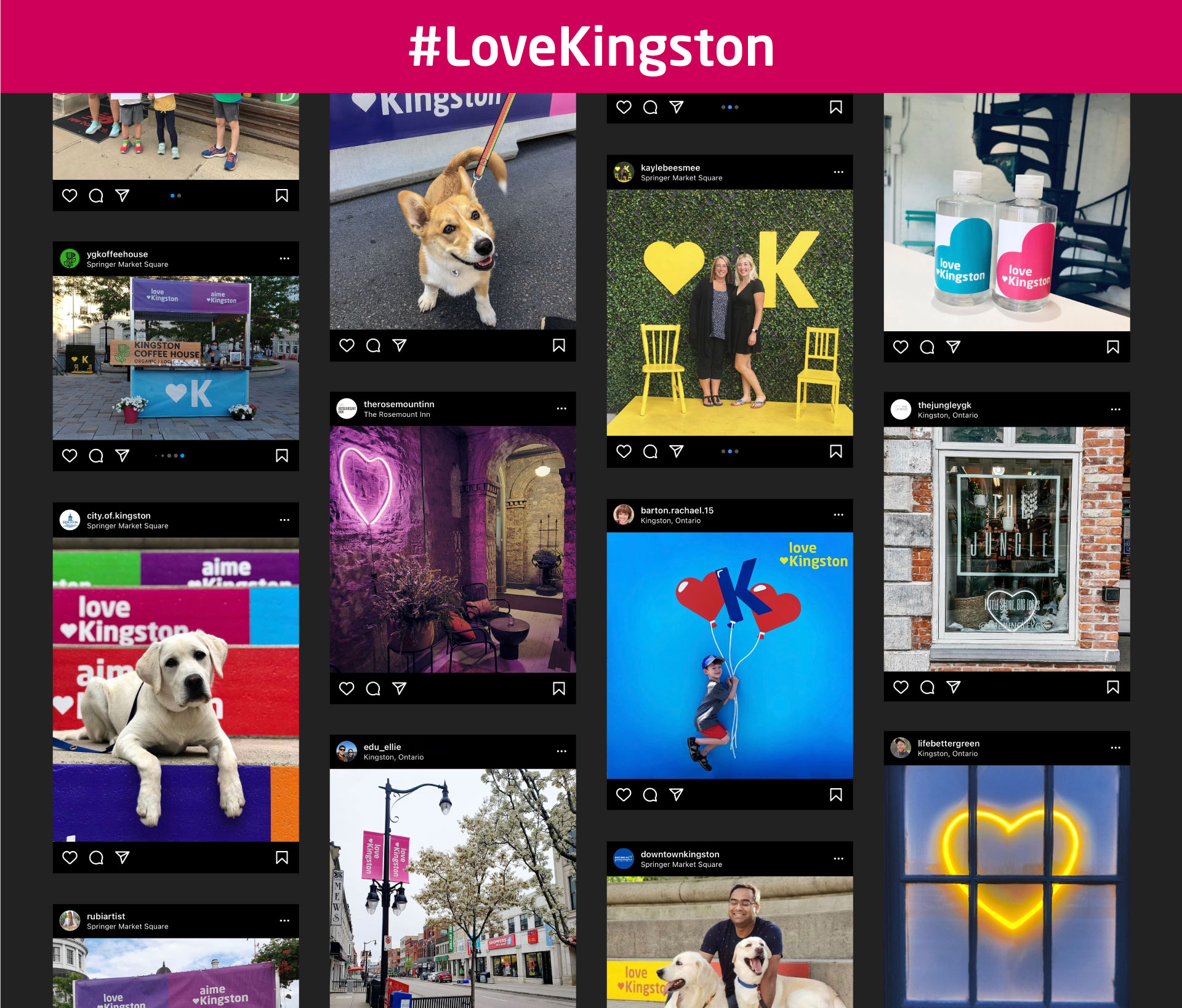 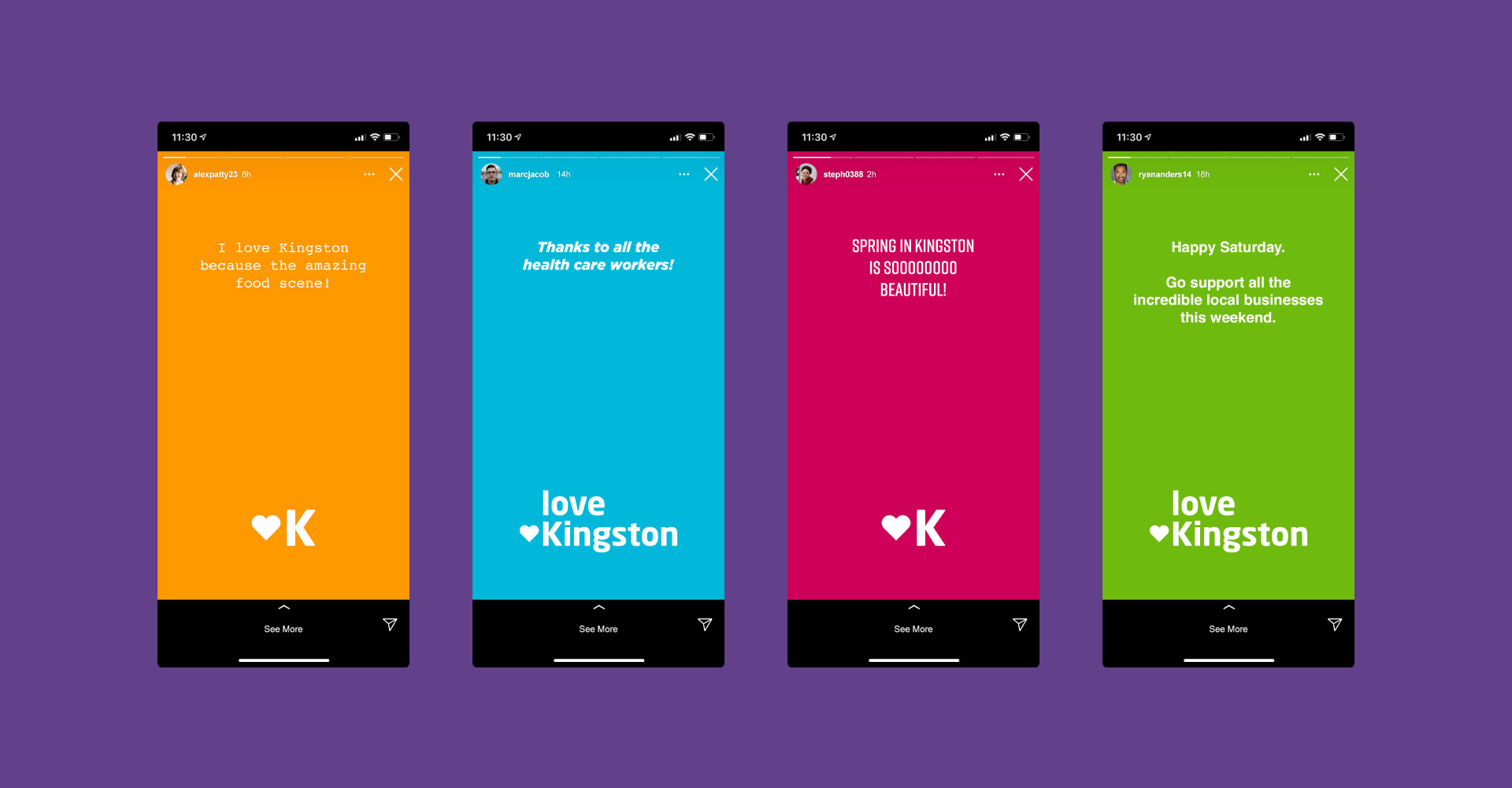 The campaign was a success achieving broad adoption and becoming the first city-wide, multiple partner initiative in Kingston. Kingston has never had a campaign that has been so widely accepted by residents and the business community.

Many local businesses embraced the campaign requesting to be part of it. A total of 31 videos featuring businesses were produced due to the demand. The social media campaign hit 2.1 million impressions within the first two months. (There have been over 35,000 clicks to businesses on the Love Kingston site as of Jan 18, 2021).

As the year progressed, the campaign was adopted as part of a downtown activation, the Love Kingston Marketplace, to create more public space for pedestrians and businesses. It was also adopted by Tourism Kingston as a staycation campaign.

”The last six months have challenged us in ways we could never have imagined. Our ability to sustain and then remain a viable business in the downtown Kingston community is in a large part due to the influential Love Kingston campaign. Together with community partners, awareness of the value of local businesses was powerfully portrayed, saving us and others from devastating losses.

”For Downtown Kingston!, the LoveKingston campaign and activations were such successful collaborations. No one entity or agency could have had the success we have had by all pulling together. I think it shows how much we will be able to accomplish in the coming future.