Yoga Beyond the Mat

Create a SUP yoga brand that is accessible to people who aren’t “yogis” and separate from the parent brand, Frontenac Outfitters.

The new brand strategy and identity had an immediate impact by significantly increasing customer engagement. It also provided Kiley with the clarity and confidence she needed to grow her business. 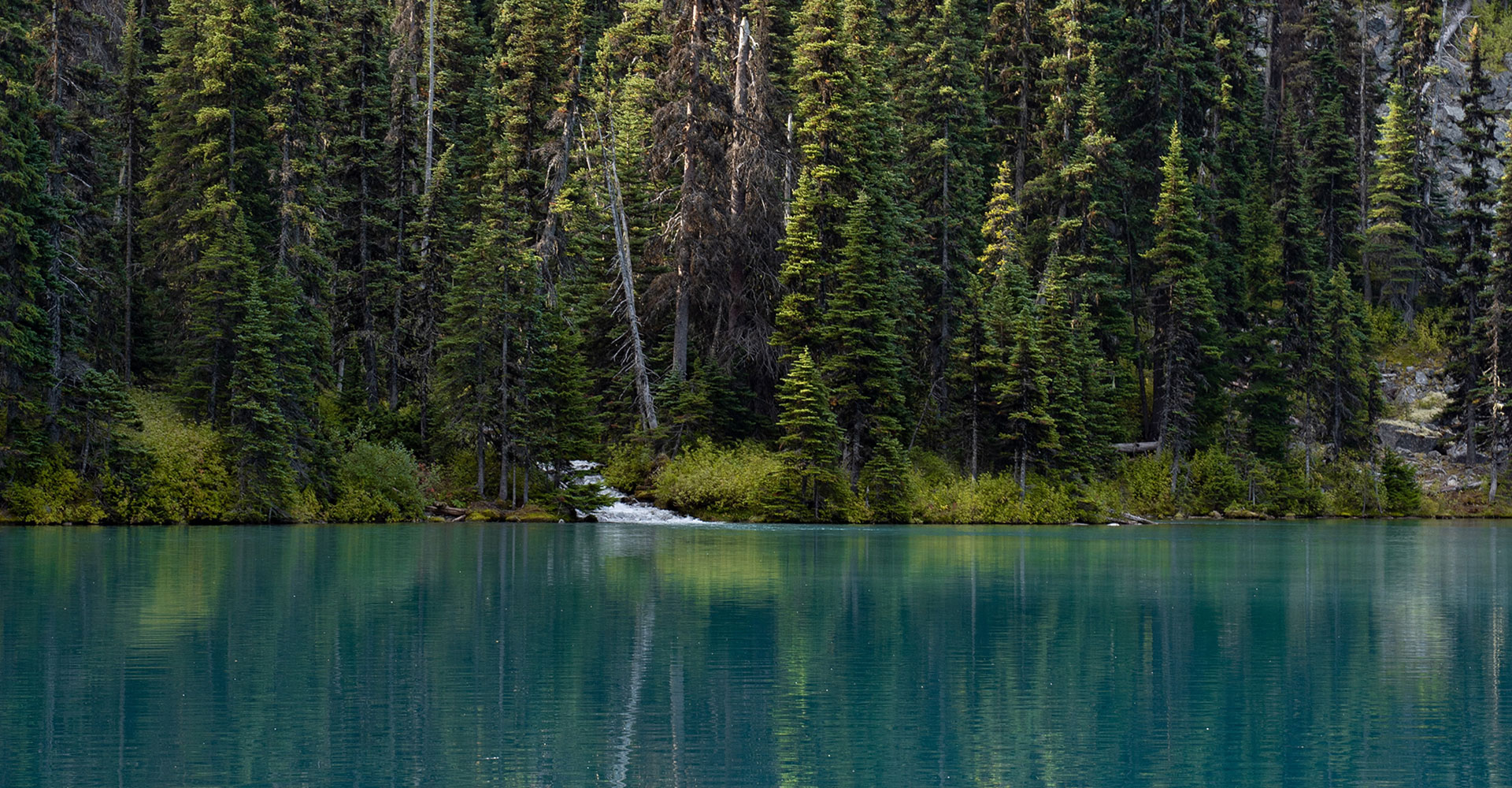 Headwind Yoga, led by Kiley Fiddis, is a stand-up paddleboard yoga studio. But more than a studio, Headwind serves as a regular reminder for people that they have the freedom to be themselves.

Kiley and her husband Zack own Frontenac Outfitters, which serves a different audience and has a more radical and adventurous tone than what aligns with Kiley’s vision for her yoga brand, which would require its own voice and identity.

Another challenge was the saturation of the yoga industry. To be successful, we needed to differentiate this new brand from local competitors.

On top of all that, Kiley was nervous about her ability to teach yoga and create something meaningful as she had often had a love-hate relationship with it and did not see herself as a true yogi.

Kiley approached Backcountry with the idea to develop a yoga brand (independent of Frontenac Outfitters) that was accessible to anyone willing to try and would take people beyond the mat. She believes yoga isn’t about being flexible, ‘in-shape,’ or exercising. You don’t have to be a “yogi” to experience its benefits. You only need to show up as who you are today, breathe and be kind to yourself. 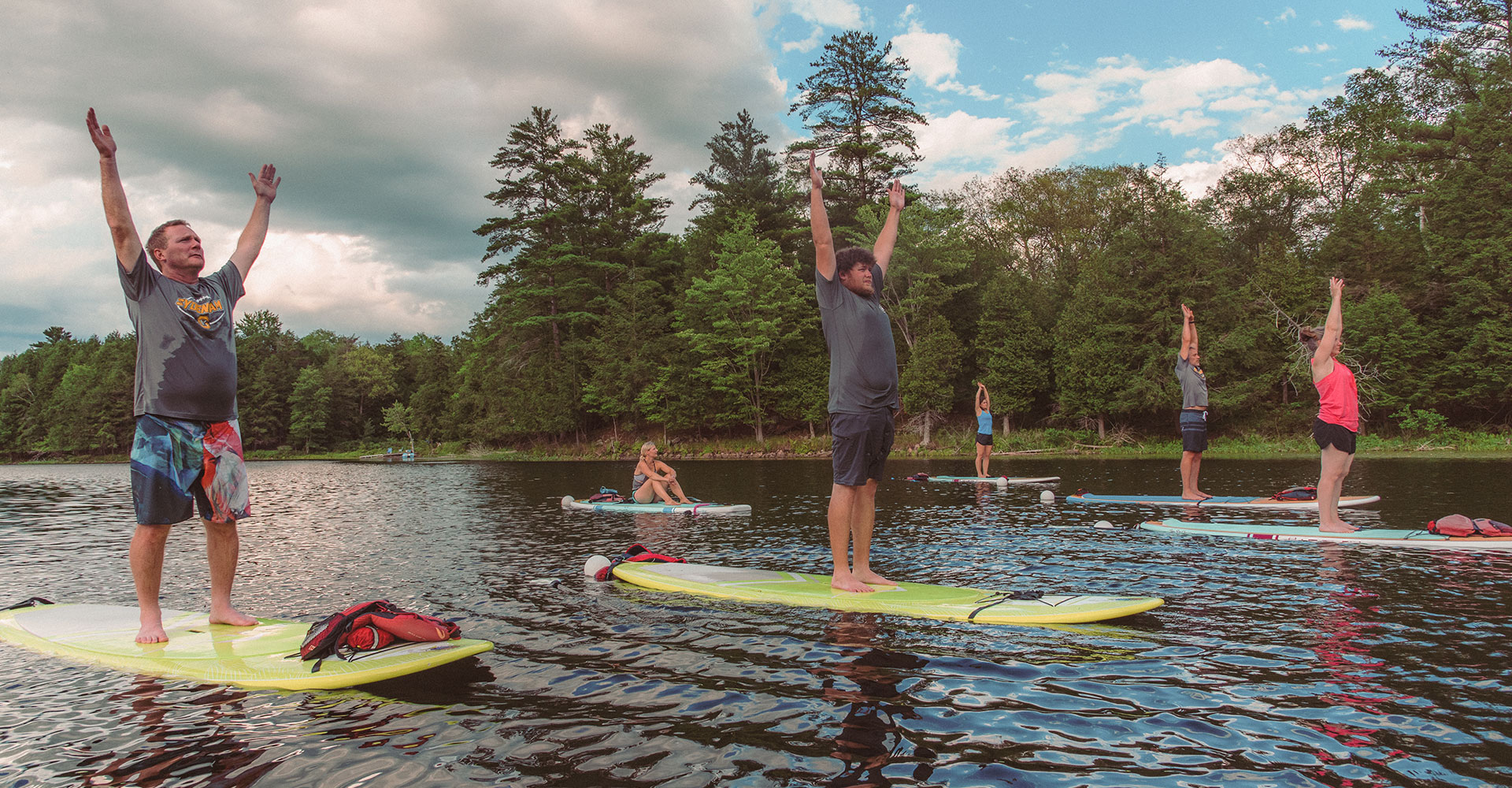 We guided Kiley through our brand development process, which challenged her to consider the purpose of her brand. After much collaboration, we developed a clear and distinct positioning that would help her stand out from local competitors.

We created several customer profiles to help her better understand her target audience. We identified three groups, each with its own benefit and value. The primary audience being moms (45–55) with a busy schedule that need an opportunity to slow down to take a break and re-energize their mind and body. 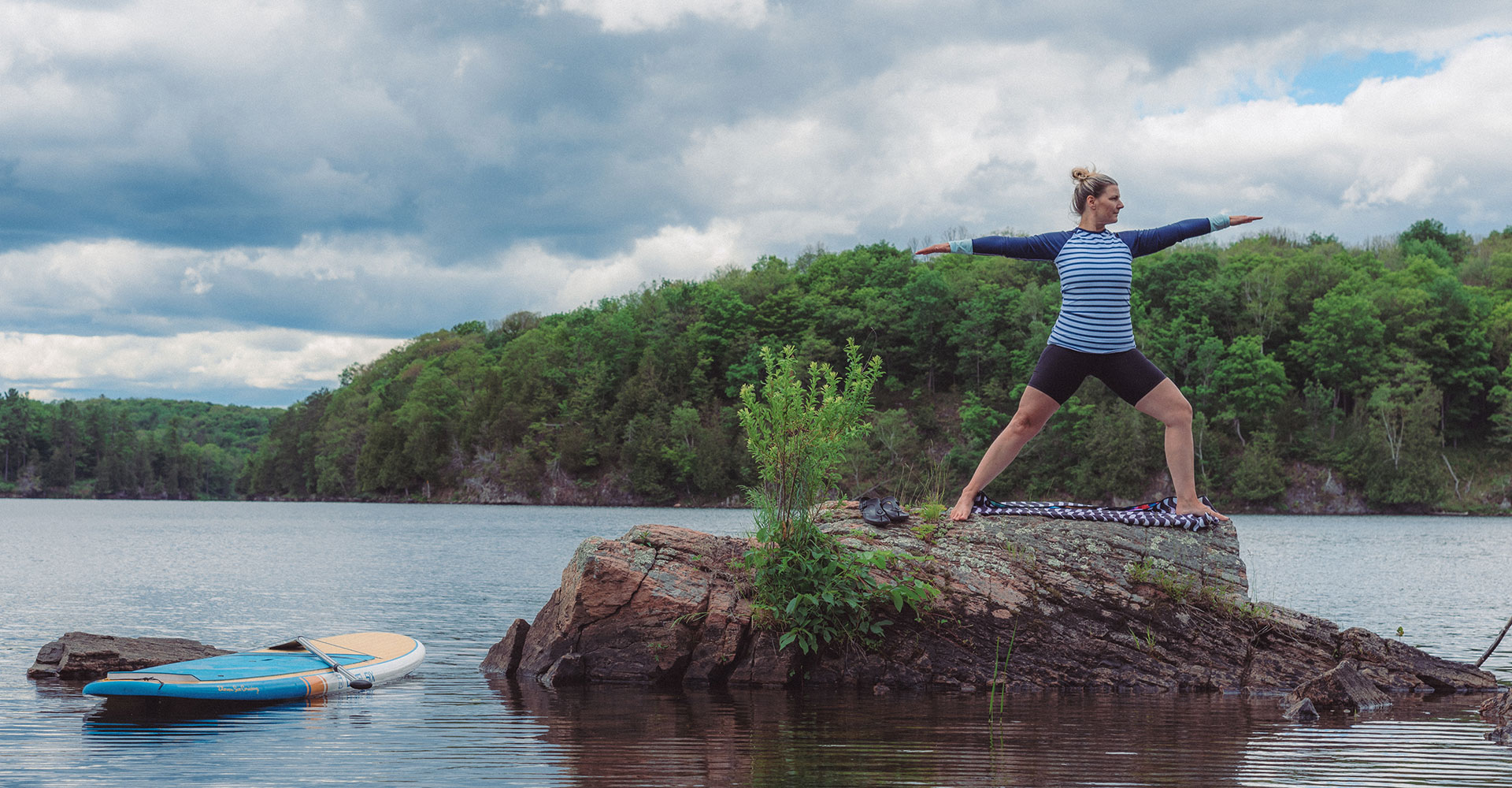 We defined the brand’s north star (core purpose) and values to lead her forward with clarity and purpose. Then we developed a positioning statement and established the brand’s promise and personality that would become the foundation for the messaging and visual identity.

After completing the brand strategy, we guided Kiley through a naming exercise. The process had challenges because of how many yoga studios exist and how cliché many of the names are. After much back and forth, we landed on Headwind Yoga, which is unique. We decided on Headwind because a headwind slows you down; it also causes waves. It’s certainly not calm, and neither is life. You can’t control life any more than you can control the wind. That is why we believe it’s essential to slow down and learn to float.

Next, we designed an identity system that reflected the meaning behind the name. We designed a mark to symbolize the ebb and flow, illustrated by the wind and wave icon within the logo representing cause and effect. Wind causes waves just as life causes stress. Like the wind, we cannot control life, but we can choose to slow down and learn to float.

The wind and wave illustration is set within the “H” monogram, atop the “i” in the wordmark and in the middle of the primary logo. The typeface has an organic, homemade feel with an undeniable romance balanced with aspects of traditional typography. Its harmonious style is fitting for the brand’s natural and down-to-earth tone. 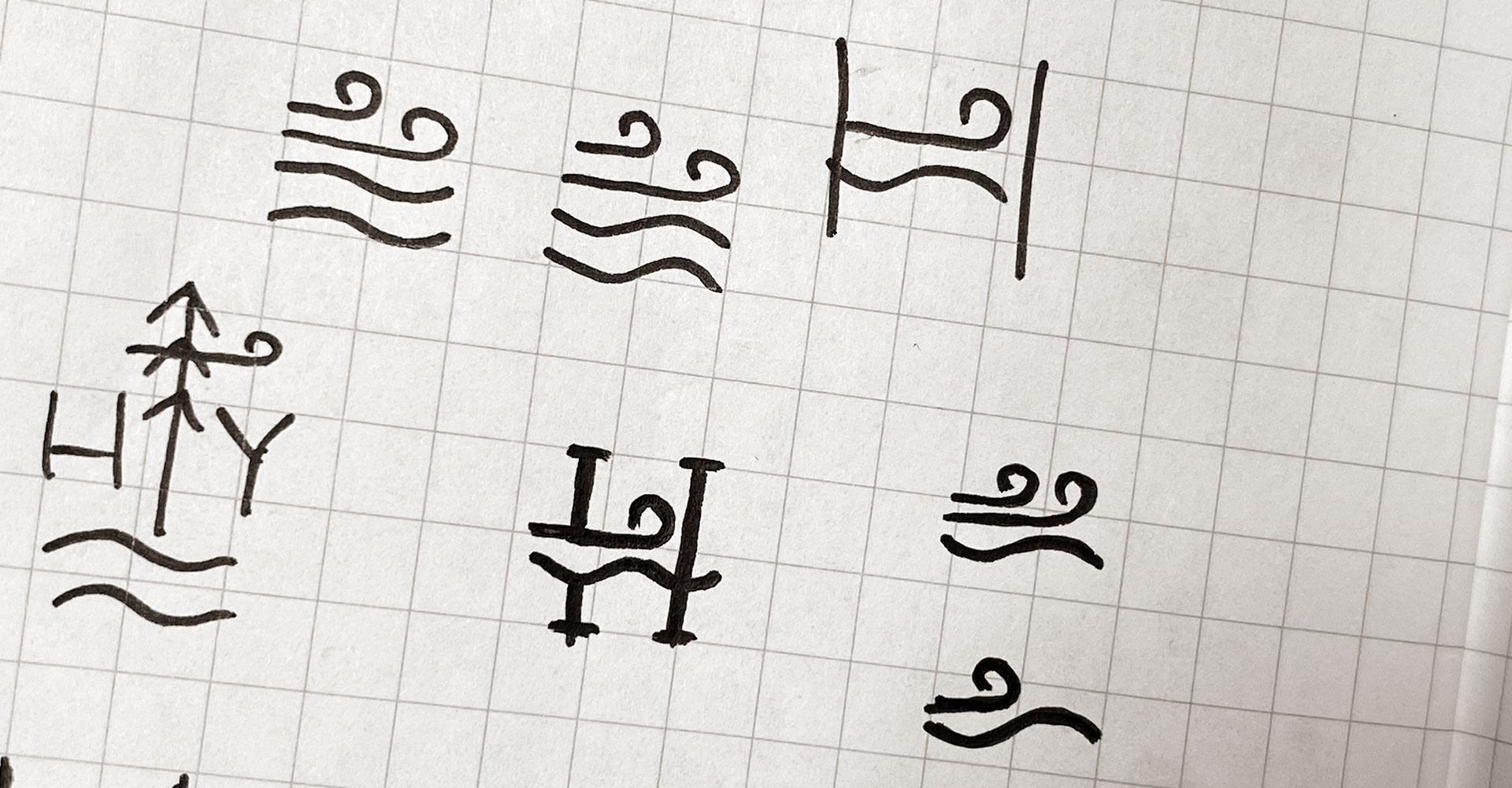 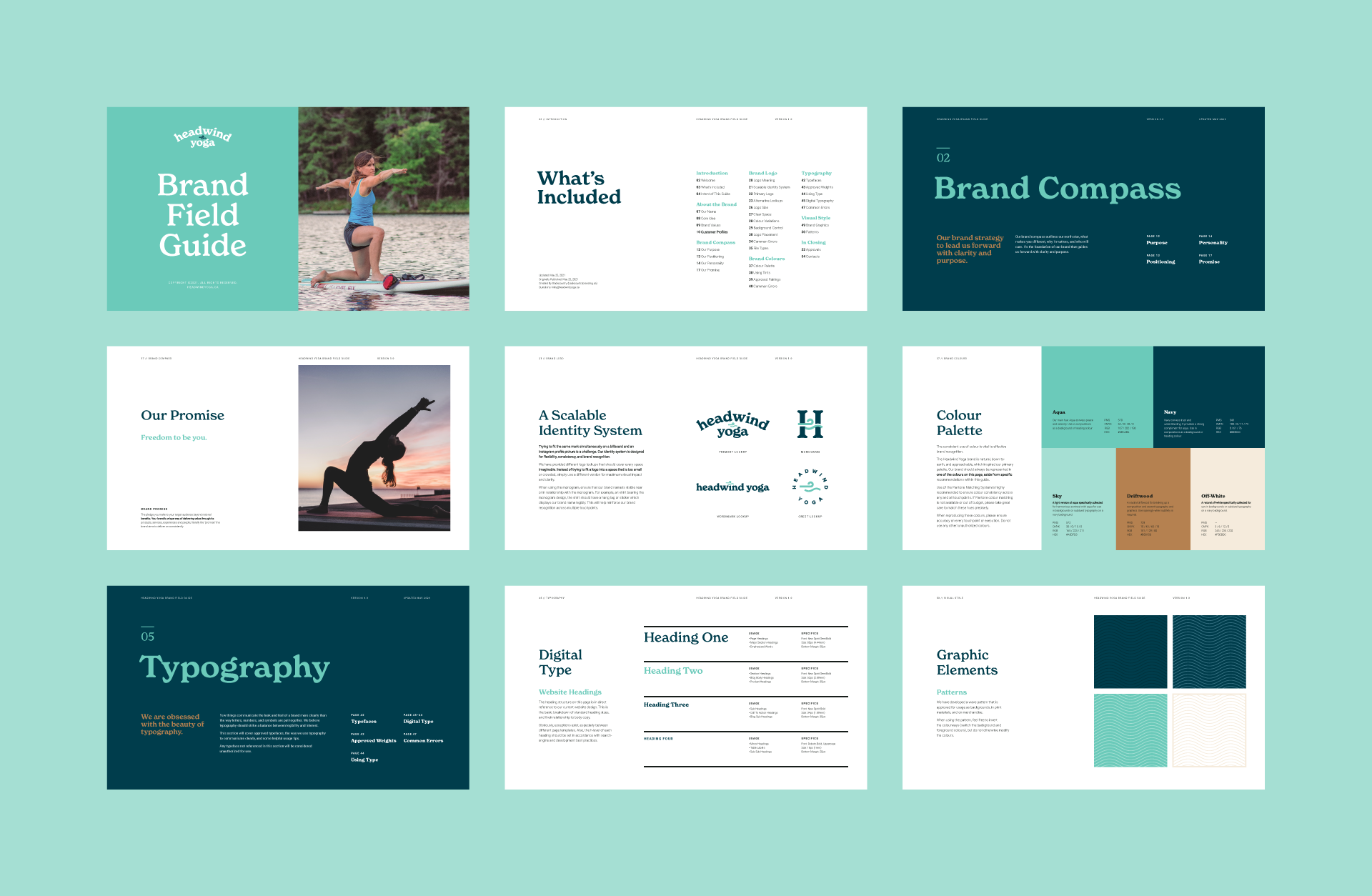 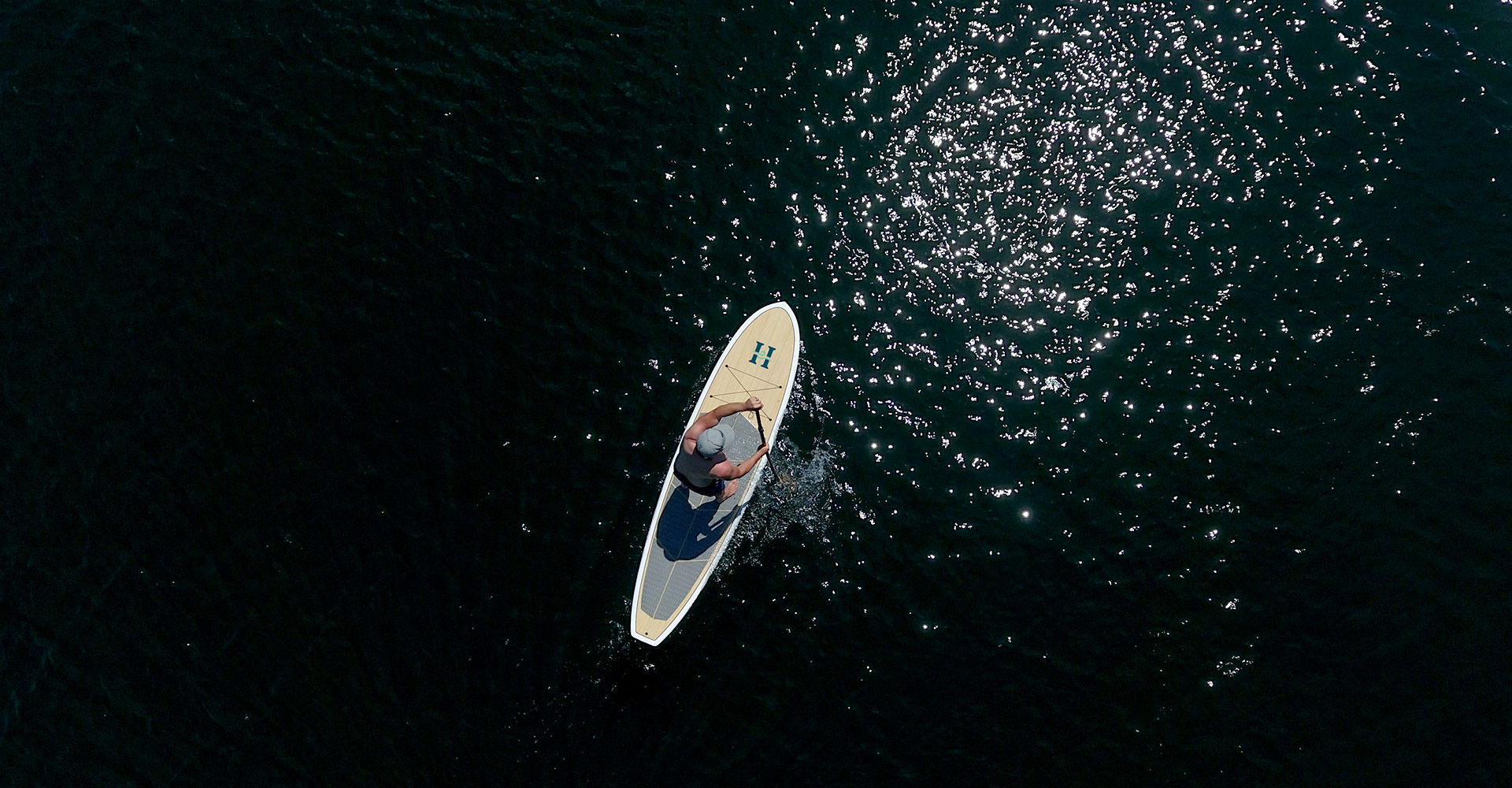 Our solution for Headwind Yoga was to clearly differentiate the brand from both Frontenac Outfitters and traditional yoga studios. We positioned the brand around their unique outdoor environment, use of stand-up paddleboards, and down-to-earth approach that makes yoga accessible to anyone willing to try.

We worked with them to roll out the new brand, including small pieces of collateral, merch and providing design direction for the website. 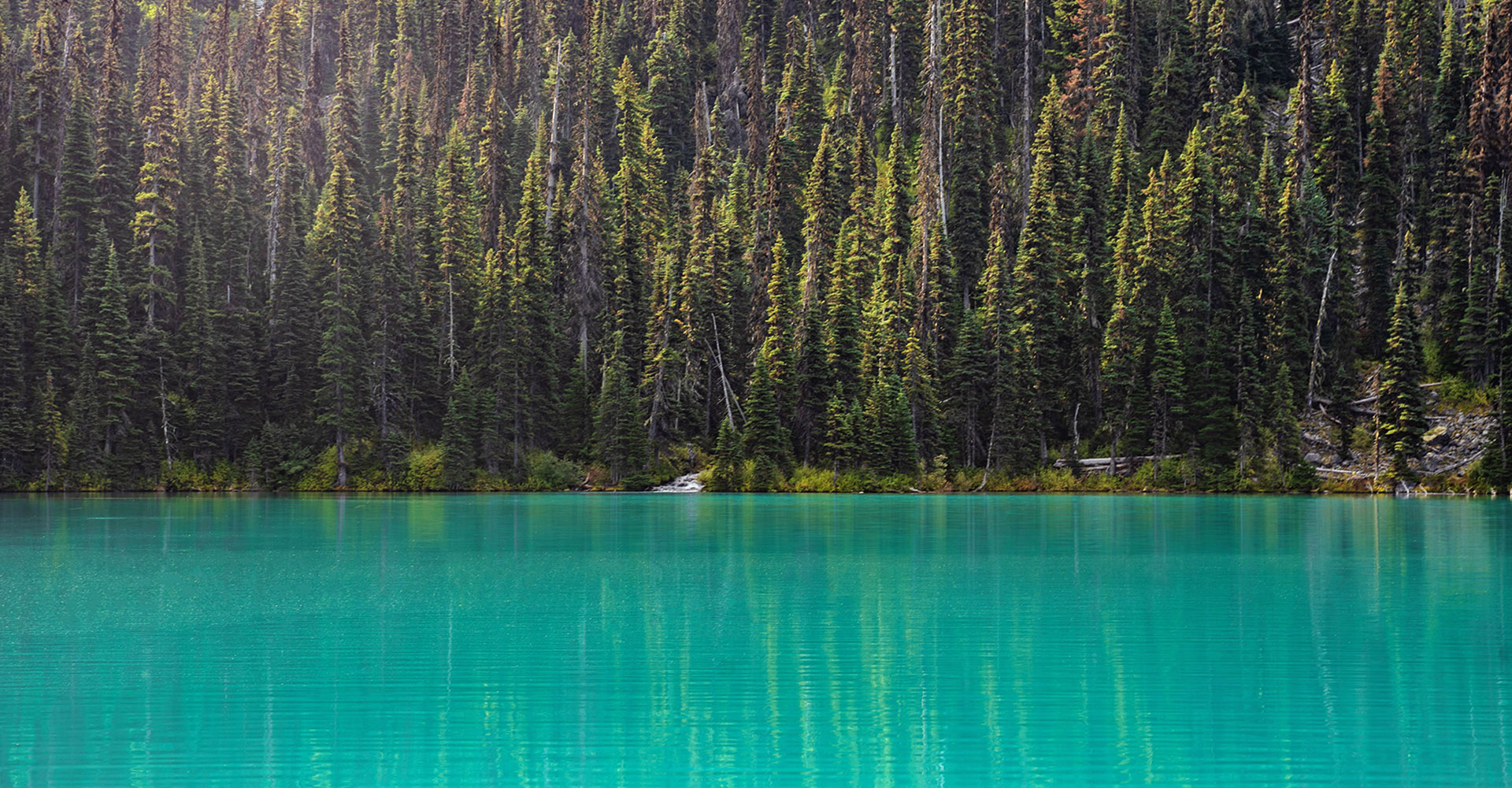 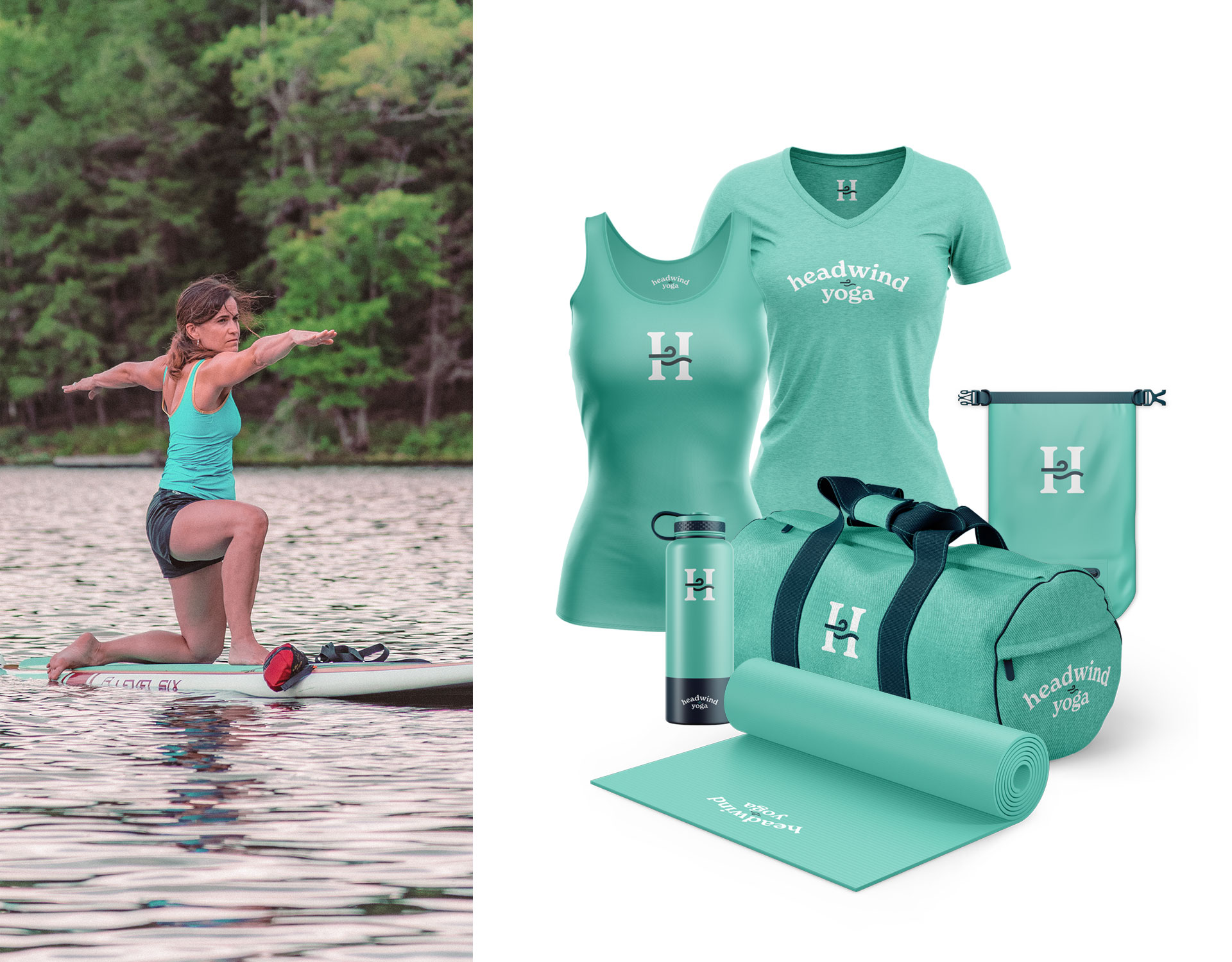 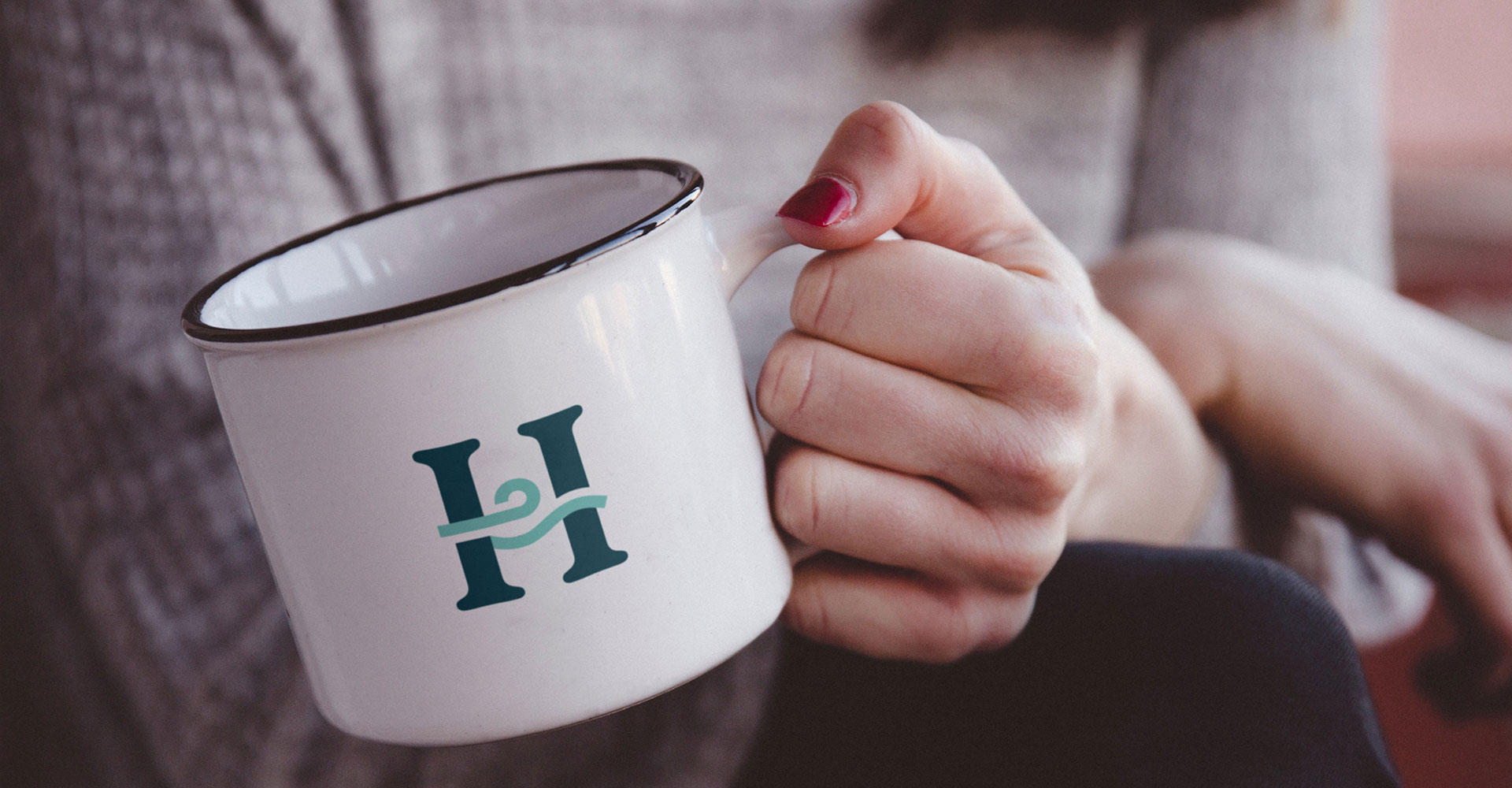 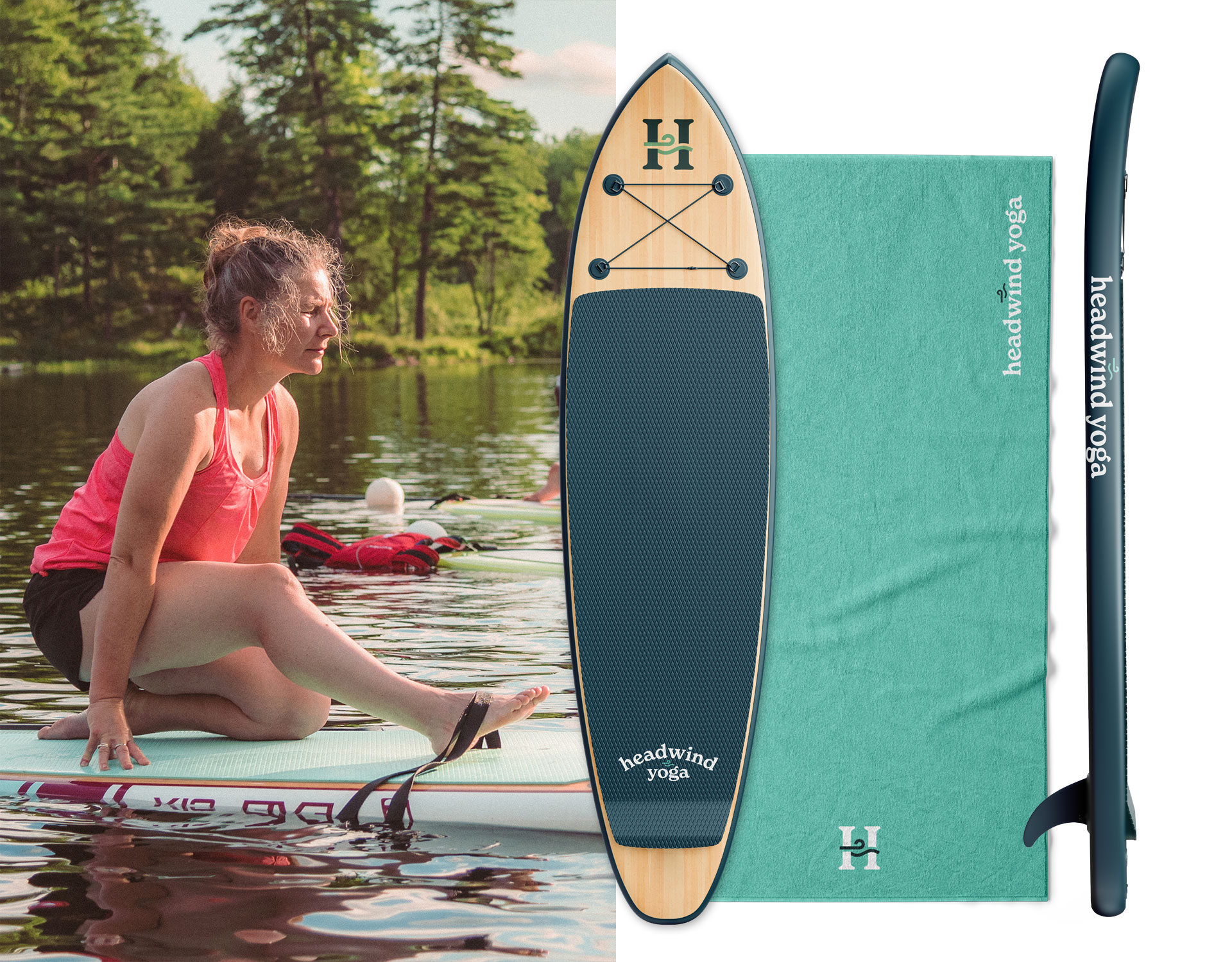 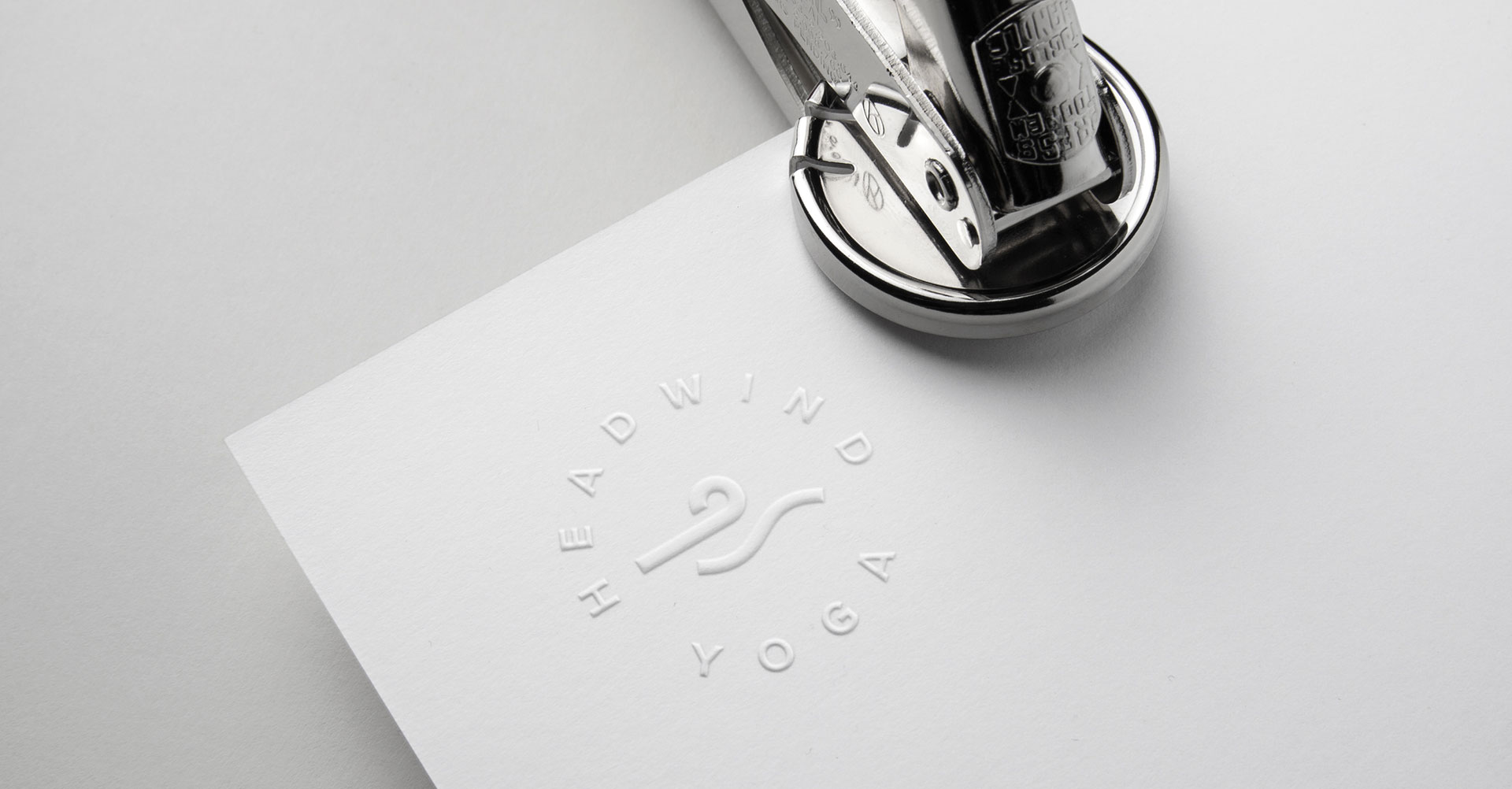 The new strategy and identity gave Kiley the clarity and confidence she needed to grow her business. She is very proud of the new identity, which has had an immediate impact by significantly increasing customer engagement with the brand.

”When starting my business, I had tons of ideas in my head but was unsure of where to start and how to implement them. Backcountry makes the process easy, and they ask all the right questions. Jon is a great listener and really cares about the bigger picture! Since implementing the new strategy and identity, we’ve had a lot more engagement with our brand.